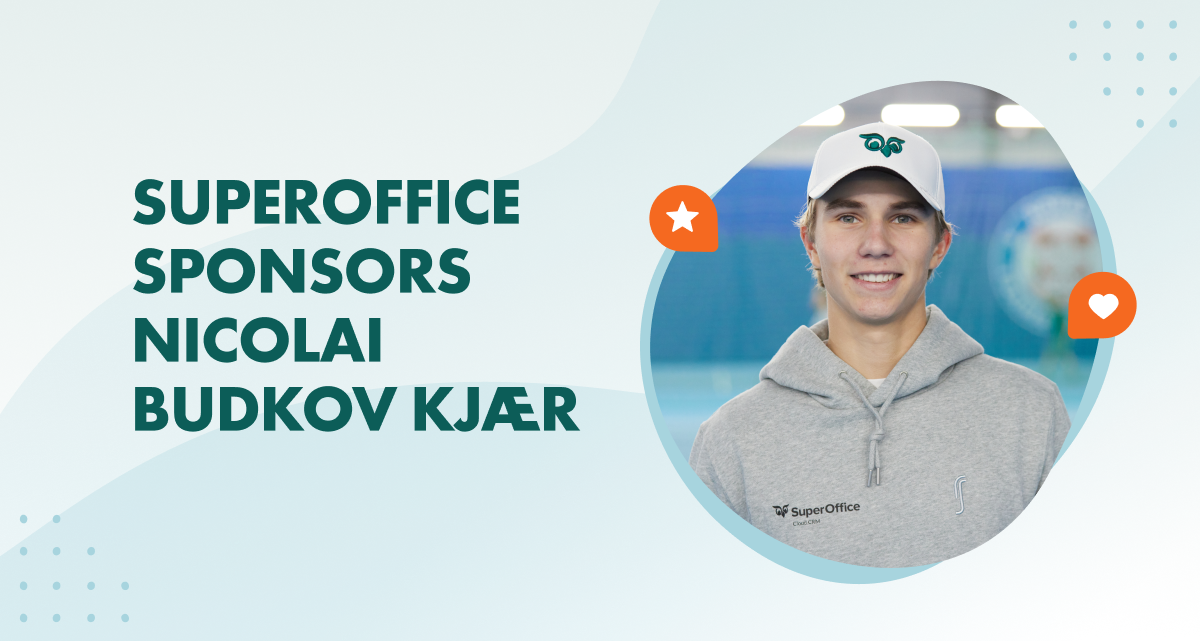 Nicolai is just as ambitious on the tennis court as Casper Ruud, and we can't wait to join him on his journey.

At the beginning of 2022 we proudly introduced our partnership with the top tennis player – Casper Ruud. At the time, he was ranked 5 in the world – with a clear goal of aiming at number 1. During 2022, Casper delivered historic results, played two grand slam singles finals – French Open at Roland Garros in Paris and the US Open at Flushing Meadows in New York – and ended the year as world number 3.

But some of you may be wondering: why is it that SuperOffice, a CRM (customer relationship management) software company, sponsors tennis stars?

This is how our CEO, Gisle Jentoft, answers this question: “It’s not about our product. It’s about pride. It’s about performance. It’s about progress. And we dare say in these respects, Nicolai, Casper and SuperOffice are simply a natural fit!”

Casper Ruud was the first Norwegian to win an ATP title. In fact, he's already achieved several firsts for a Norwegian player, and he’s not stopping. And Nicolai is following in his footsteps, with a humble spirit, a team-player attitude, and his eye on the prize. 🏆

“At SuperOffice, we are very inspired by Casper’s and Nicolai´s journeys, and there are many similarities and learning points between their journey and ours,” continues Gisle Jentoft.

Last year we launched our first SuperOffice Early Career program. We recruited ambitious young talent right out of school, and after a rigorous five-month onboarding program, they are now ready to hit the ground running in 2023 as full-fledged account managers.

“This is all about recruiting and developing talent in our company,” says Gisle Jentoft.

“And joining Nicolai on his journey, early in his career, comes from the same thinking. We plan long-term, and our execution involves constant improvements and changes to bring out the best possible result – for our customers, partners and for SuperOffice. All three of us also take on strong competitors from different parts of the world, and we succeed in winning most of these battles.”

Nicolai, who currently is battling it out at tournaments in South America, has the goal of qualifying for the junior Grand Slam in 2023. He’s also aiming for the French Open in Paris in May, Wimbledon in July, and the US Open in New York in September.

And SuperOffice will be cheering him along every step of the way! 🙌

“I know that I am very privileged and lucky to be supported by SuperOffice,” says Nicolai Budkov Kjær. “Being an individual athlete within the international tennis circuit is resource demanding, and with this great partnership I can go after my dream. I am extremely grateful and look forward to a mutually beneficial partnership.”

Nicolai, Casper and all the team members at SuperOffice have clear ambitions and a strong drive to reach our goals. We do the work today to get us where we need to go tomorrow, or in six months, or in five years.

And just as Nicolai and Casper have their eyes on the ball, we've got ours on our customer’s successful growth journey.